Never one to shy away from being goofy 😆.  (Hard to believe this gorgeous pic only received 8 likes 😂)  This is a picture my niece Kelly took of me while we were sitting at a little Italian cafe called Presti’s in Cleveland’s Little Italy neighborhood.  After desserts we were feeling weird and goofy, probably due to being hopped up on sugar, so we took pics of each being ridiculooouus!  (Kelly’s pic will not be made public due to my sisters request which I totally respect!).

Anyways I wish more people would be goofy!  My sister Lisa isn’t afraid to be!  She has a snap chat that is hilarious 🤓

What if we took ourselves less serious and laughed more, goofed off more, smiled more and told more clean hilarious jokes?!   (I’m so over vulgar jokes).

So right now I’m laying in bed at midnight and wide awake.  Hence writing this post on my iPhone. 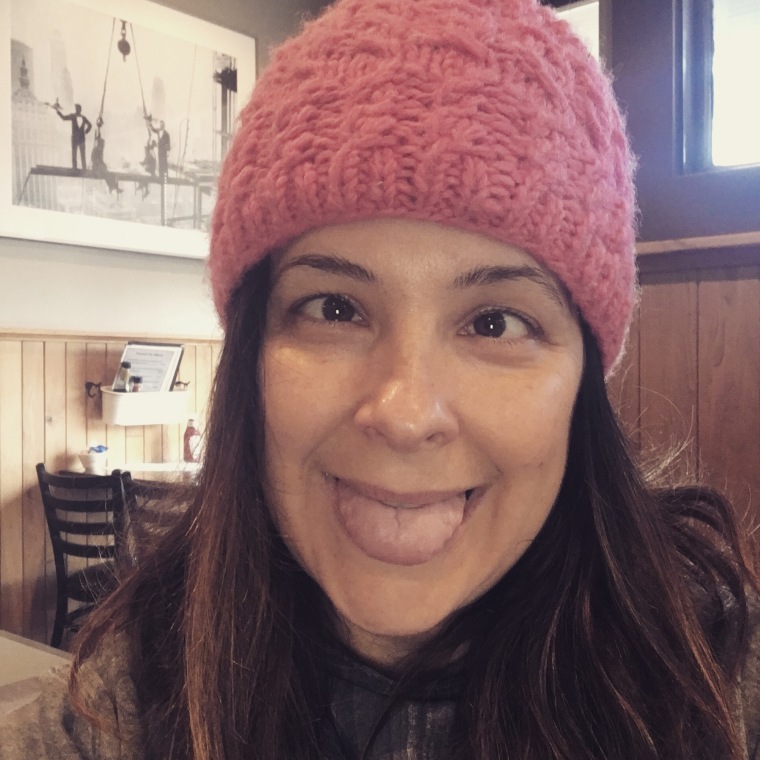 The best times I have are with my nutty 9 nieces and nephews because it is an all out free ticket to act like a big goofy kid.  When kids see you happy then they are happy.  They feed off the emotions around them.  When they see love, they emit love.  Science has proved this time and again.  By science I mean… Well science I guess.

But let’s get back to adults.  I was in the bookstore the other day with a good friend of mine and we had the same blah adult conversation.  Nothing funny was said and nothing funny happened.  We used to goof around a lot.  I know she is a parent and that’s a big responsibility, I’m trying to get a small business off the ground and that’s a big responsibility but geeeeez, it is nice to let loose sometimes with one of your good girl friends!  Sara, we need a mulligan on that one! Now I’m not saying to act a fool all the time but dude go ahead and reach in to grab your inner kid and yank them out from time to time!

Dating.  Well I’m on hiatus from that scene (dating at this age stinks) but I’ll chat about this topic anyways.   I like to date a guy who can be uber goofy.  Not just a sense of humor but one who can take joking around to a whole other level!

I LOOOOOOOOOOOVE to laugh!  Especially with a man I’m dating.  It is a turn on and it shows me that he isn’t afraid to let his inner kid out.  And he doesn’t give a crap about what others think about him all the time.  Verbal and physical comedy from a man, DOUBLE whammie!

I like to make the people I come into contact with at work laugh too.  It lightens the mood and puts them at ease.

P.S. “Give what you have.  To someone, it may be better than you dare to think.”